Count of Employed Civilians with Disabilities Ages 18 to 64 Years Living in the Community for Louisiana, by County: 2016 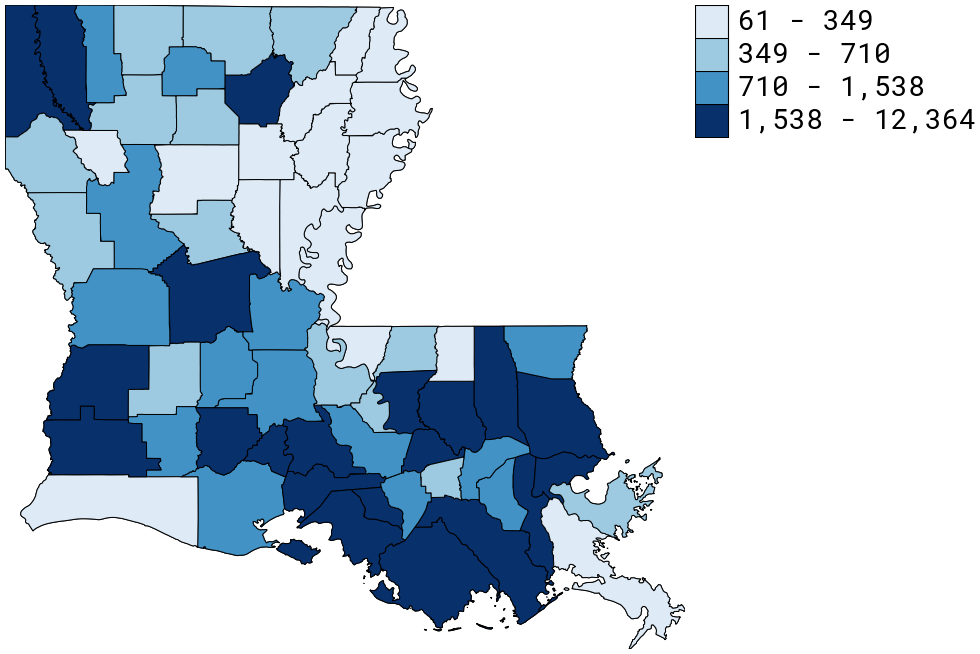 Employment Rate for Civilians with Disabilities Ages 18 to 64 Years Living in the Community for Louisiana, by County: 2016 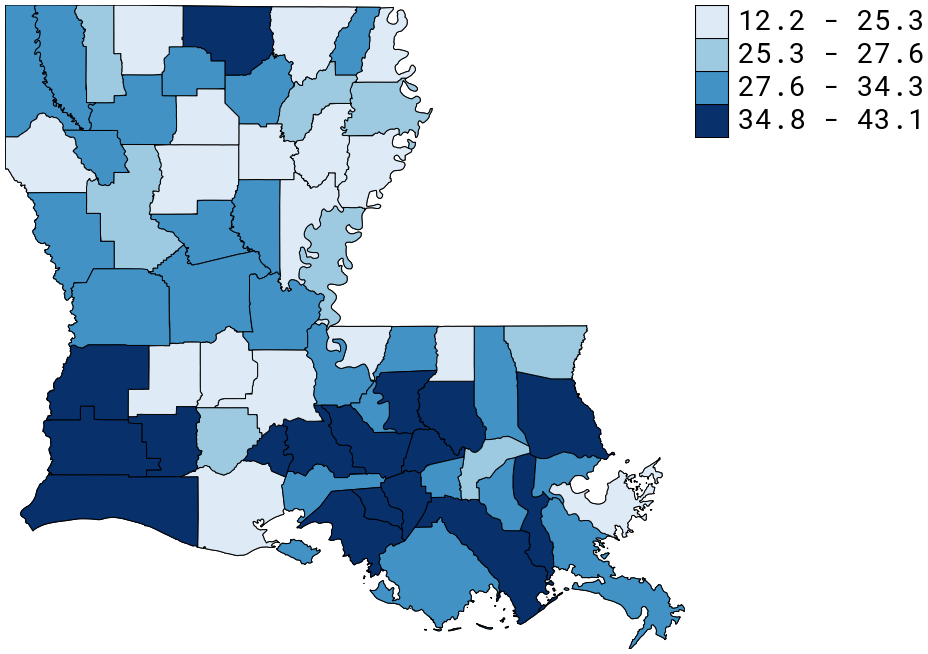