Sponsored by The Research and Training Center on Disability in Rural Communities (RTC:Rural) at the Rural Institute for Inclusive Communities at the University of Montana 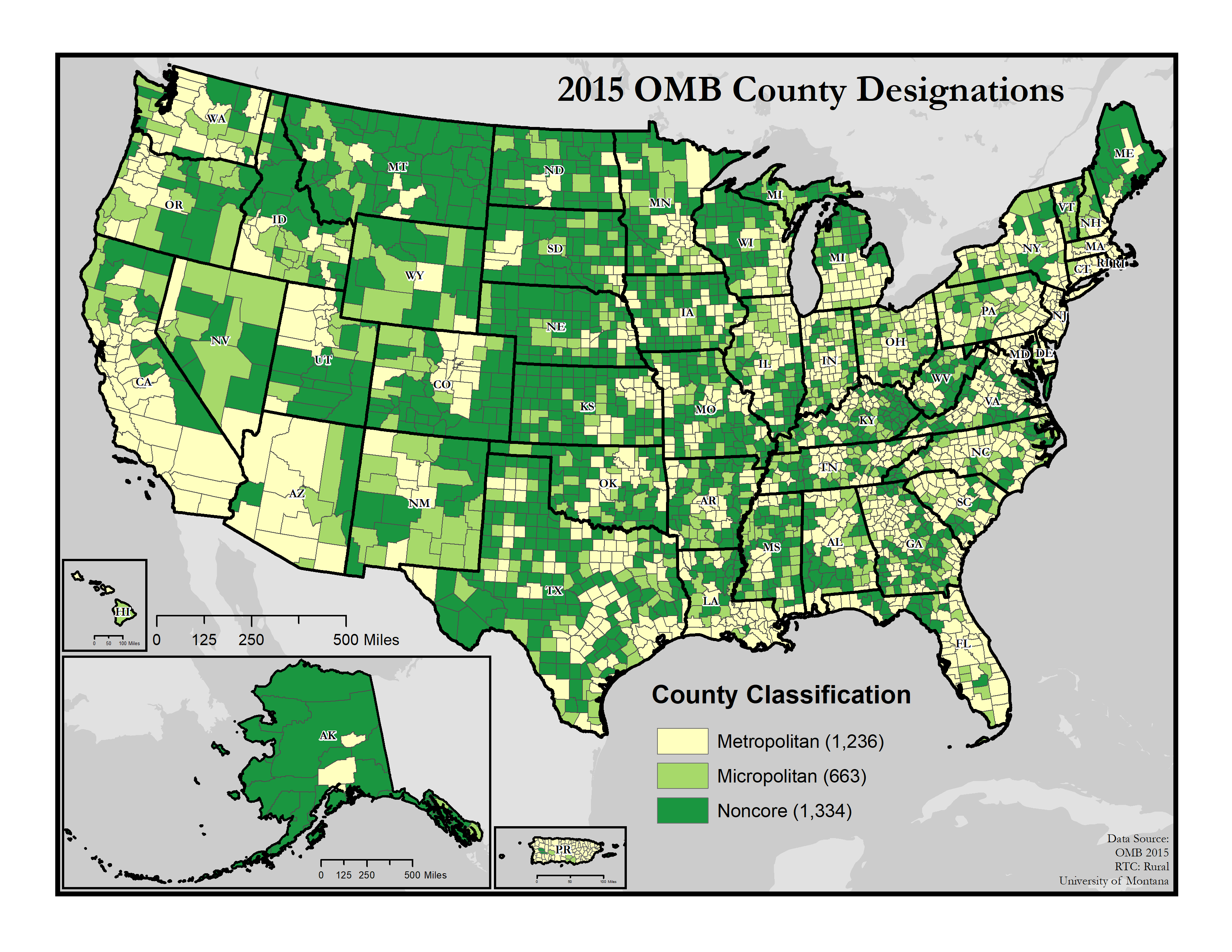 The Rural Addendum provides data on key sociodemographic characteristics for people with and without disabilities residing in metropolitan, micropolitan, and noncore counties. Data come from the 2013-2017 American Community Survey (ACS) 5-year summary files. To calculate metropolitan, micropolitan, and noncore populations, we first classified county-level data based on OMB classifications. We then aggregated populations across these metropolitan, micropolitan, and noncore designations to explore geographic differences. For all tables, disability status is based on having responded “yes” to at least one of a series of six disability indicator questions in the ACS. The glossary contains the questions used in the ACS to arrive at the disability estimates. Note that all table estimates exclude persons living in institutions and active duty military personnel. Some questions are asked only of people of certain ages.

Tables 10.2a & 10.2b provide demographic information for people with and without disabilities living in metropolitan, micropolitan, and noncore counties. Trends in the data show that as counties become more rural there are higher rates of White and American Indian or Alaska Native (AIAN) populations, and lower rates of Black, Asian, Native Hawaiian or Other Pacific Islander (NHPI), multi-racial, and Hispanic populations for both people with and without disabilities. 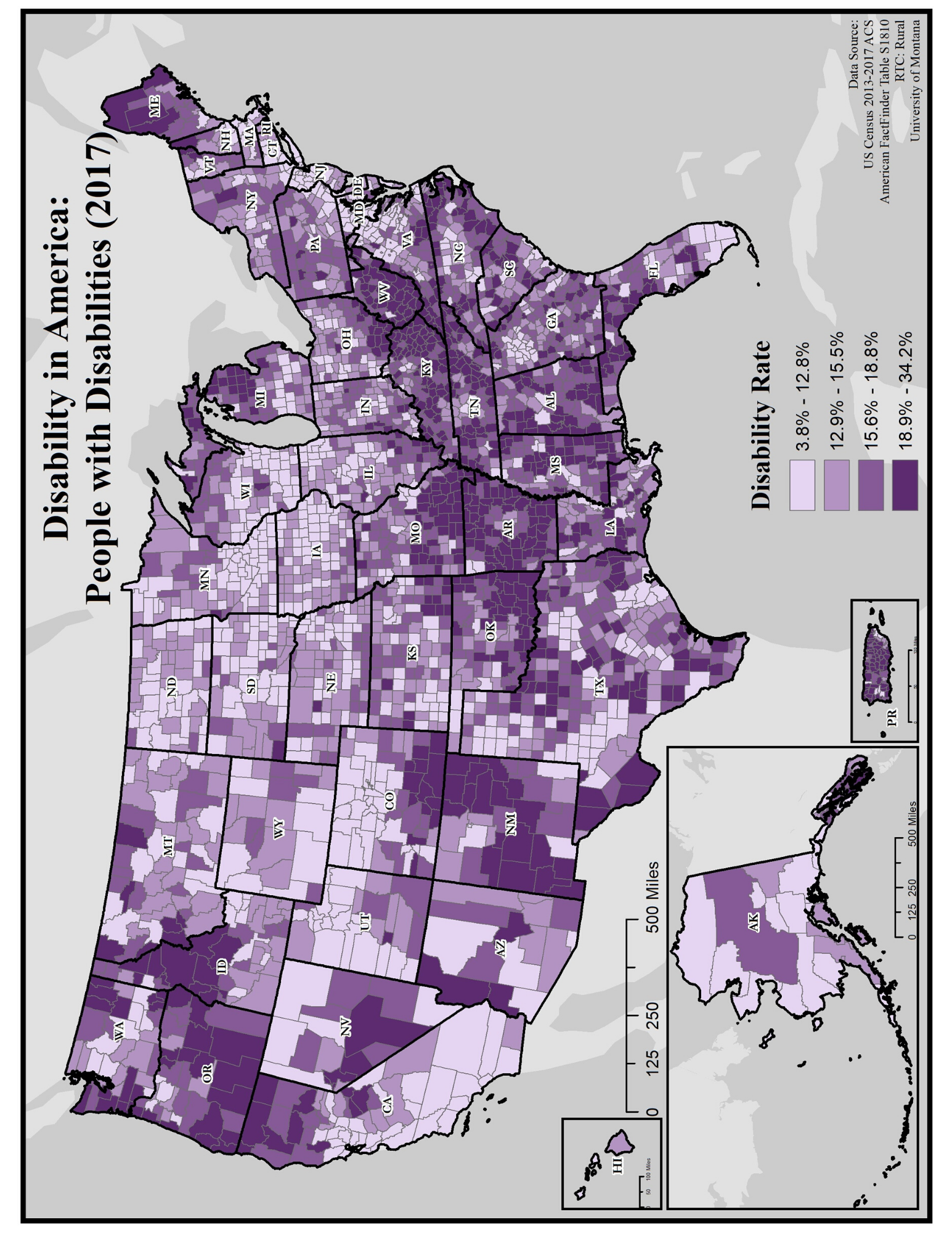 Reported rates of disability vary across the country with a notable difference between rates in urban and rural counties. In aggregate, we see higher rates in rural counties across a variety of indicators (see table 14.1). However, rural disability rates are not consistent and clear geographic and regional patterns emerge when exploring these data on a map. The map above on the previous page shows disability rates at the county level for every county in the United States (including Puerto Rico). Rates are classified by quartile with lower rates shown in lighter purple and higher rates in darker purple. There are clear geographic clusters of both high and low rates of disability throughout the U.S.

For more information check out the RTC:Rural’s Disability Counts webpage where you can view and download additional maps for both the nation and states and access disability data by county using our data lookup tool.  http://rtc.ruralinstitute.umt.edu/resources/disability-counts-data-finder