Special thanks to the following individuals who have contributed to the success of this effort: Deb Brucker, Erin Dame, Ferris Al Kurabi, Kate Filanoski, Kim Phillips, Karen Volle, Romy Eberle and Toni Sumner-Beebe.

Count of Employed Civilians with Disabilities Ages 18 to 64 Years Living in the Community for California, by County: 2019 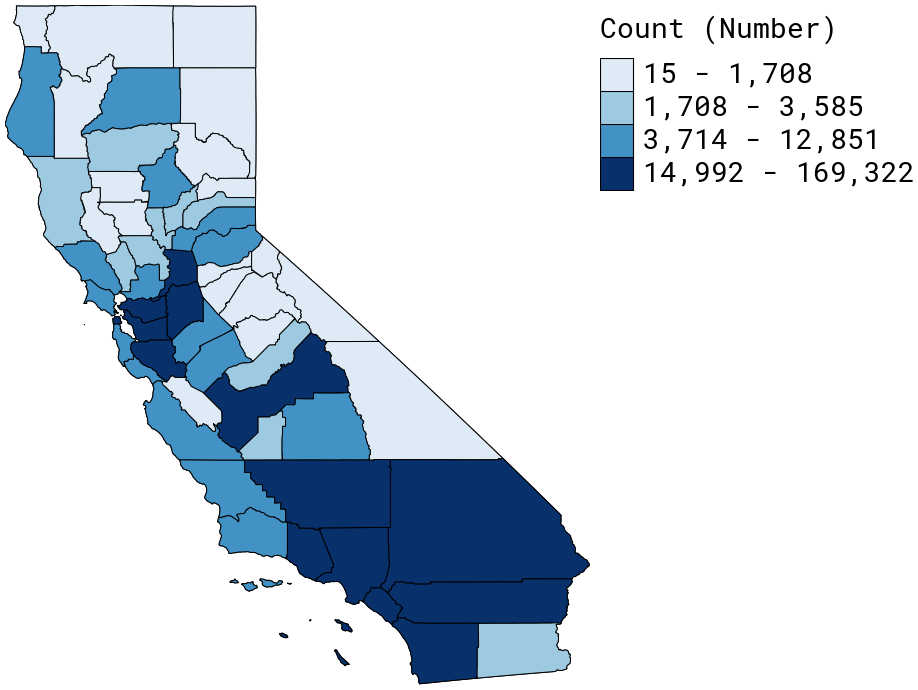 Employment Rate for Civilians with Disabilities Ages 18 to 64 Years Living in the Community for California, by County: 2019 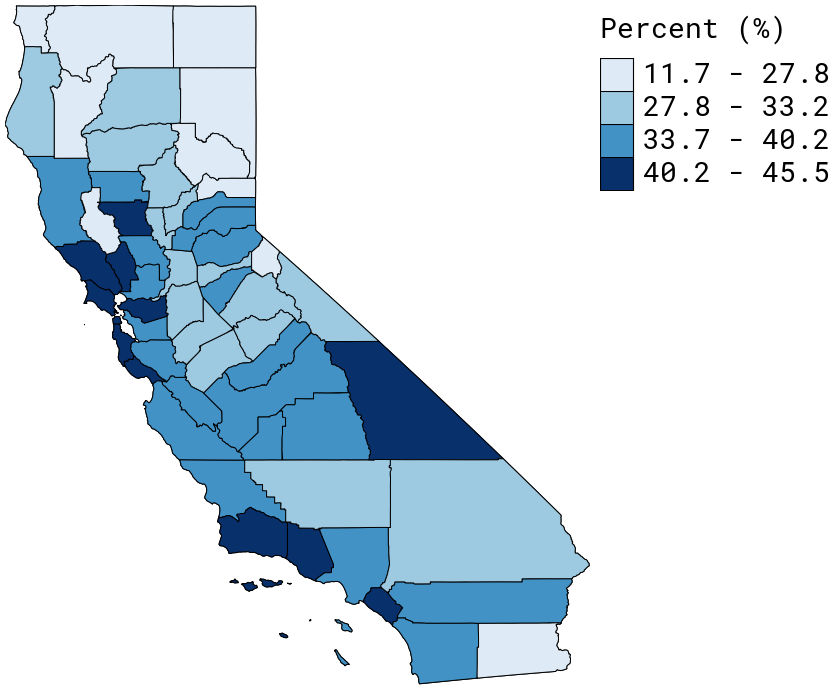 Employed – Individuals were asked a series of questions designed to identify their employment status. Based on the answers, individuals were classified into one of five groups:

People who responded as having worked during the past week were considered "employed".

The StatsRRTC is funded by the U.S. Department of Health and Human Services, Administration for Community Living, National Institute on Disability, Independent Living and Rehabilitation Research under grant number 90RTGE0001, from 2018–2023.